Kia ora,
Please welcome our latest victim guest, Brian Stoddart. On the metal plate suspended above that puddle by wires is a chocolate fish. Behave and the delicious pink marshmallow fish covered in chocolate won’t end up a goopy mess on the floor.
In the event of an earthquake/zombie plague/or random occupation - you’ll find emergency procedures taped to the bottom of your seat. Yes, just like a flotation device. You’ll also find a Glock 17 with a full magazine.
Remember you cannot reason with zombies and it’s a head shot every time. 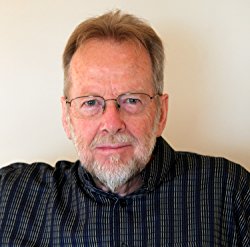 What’s your favorite type of takeaway?
Oh F&C and failing that, Indian

Describe your current mental status.
Too much going on in there to actually have a status

I know how I do what I do … but how do you do what you do?
Bit of a planner and a scheduler, which is not exactly like my books. The daily list rules

Could you tell us a little bit about your latest work?
A Straits Settlement (Crime Wave press) is no. 3 in the Chris Le Fanu series of crime novels set in colonial Madras, India, in the 1920s. But this time he gets to cross the Bay of Bengal and get to work in Penang and what were then the Straits Settlements.He is chasing murderers and antiquities thieves and gets involved with Chinese and Malay gangs.All good stuff

Do you have a favorite coffee or tea?
English breakfast

Walk us through a typical day.
Usually start writing early, around 8 and aim to get through at least 2k words a day, and that’s usually midday or early afternoon. But if the flow is there I keep going, up to 5k. At the start of the writing I usually have a quick look back at and edit of the previous day’s work to get back in the vein. Once done I’ll try and do an hour or so on the mountain bike, think about the work, take in the scenery etc. After that it will be research, online auctions, reading, tasks and all the usual

Tell us about your main character. (How did you first meet? Would you like to hang out with him/her? What delights you the most about writing him/her? You get the idea …) 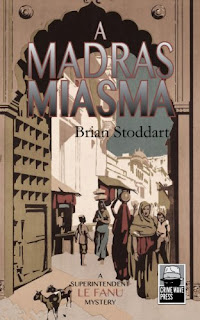 Chris Le Fanu I first met, really, in the Tamil Nadu Archives in Madras (now Chennai) when I was researching my PhD thesis. I got interested in the police dealing with Indian nationalism, and by luck resided with a former Inspector-General of Police for Tamil Nadu and he told me a lot as well. Through him I get to cast an eye on the British in India, the strengths and weakness, the interactions with Indians, and I also get to travel the locations with him and that is really great.

Who inspires you to do better?
The people who email me direct to say they like the books and are looking forward to the next one. And the writers I rate who say my stuff is ok.

Do you ever put pants on your dog, cat, or budgie?
No animals available, we travel a lot

Describe your perfect day.
Had one recently at Thrillerfest when I got to hang out with Walter Mosley, Larry Block and Peter James among others. Now that was fun.

Who is your favorite fictitious villain? Or are you all about the hero? Who do you love to hate?
Stringer Bell in The Wire. Come to think of it, it might be Idris Elba himself, as Luther written by Kiwi Neil Cross he makes a pretty good villainous cop.

Do you have any quirks?
Who doesn’t? I have this mad mania for Straits Chinese porcelain that I have collected for over twenty years

All-time favorite movie and why?
Probably Lawrence of Arabia because I am fascinated by the Middle East and by the intrigues of that period. A film that you can literally “see” the books in. And McKellen’s Richard III set in a 1930s Britain that is really Nazi Germany. Brilliant.

Do you enjoy the editing process?
Yes I do, mostly. Having trained as a teacher and worked as a lecturer I can be tough on myself. Not so wild about others being tough on me, though!

If you could live anywhere in the world where would it be and why?
Oh, hard. I’ve been lucky enough to live in a few different places. Favourites: Edinburgh, Tours in France, the Montalbano country in Sicily, Penang in Malaysia, near the Botswana game parks.
But being back in NZ is great 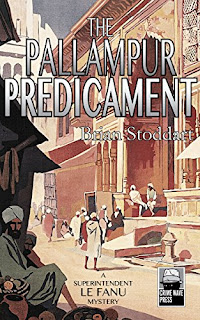 What were you before you became a writer?
Trained as a teacher then became a university lecturer. Then a university exec before going into consultancy for agencies like the World Bank and the Asian Development Bank. Now do cruise ship lectures.

What is the most random thing you have ever done?
Started writing crime novels!

If you’re not working, what are you most likely doing?
These days mountain biking, taking photographs, playing golf, reading

Who is your ultimate character?
Probably Rebus and Montalbano, because they realy set the bar fro crime novel protagonists, at least for me.

Laptop, PC, Mac, tablet?
Laptop, Lenovo that has just had extra storage put on it

Ebook or tree book?
Both, though more e-books because of the travel

Favorite apocalyptic scenario?
Anything that looks like Apocalypse Now.

Where do you do most of your writing?
At a small desk that looks out to the Remarkables in Queenstown and, yes, I can still be productive. 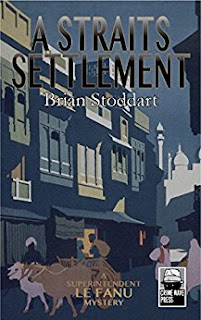 What’s the hardest thing for you when it comes to being an author? (For me it’s marketing but for others it’s the actual writing …)
Definitely the social media follow up and promotion and all that stuff

You can find out more about Brian in the following places ...

And of course you can find Brian's books in our store :)