Kia ora, Lee Murray
Please welcome our latest victim guest, Lee Murray. On the metal plate suspended above that puddle by wires is a chocolate fish. Behave and the delicious pink marshmallow fish covered in chocolate won’t end up a goopy mess on the floor.
In the event of an earthquake/zombie plague/or random occupation - you’ll find emergency procedures taped to the bottom of your seat. Yes, just like a flotation device. You’ll also find a Glock 17 with a full magazine.
Remember you cannot reason with zombies and it’s a head shot every time. 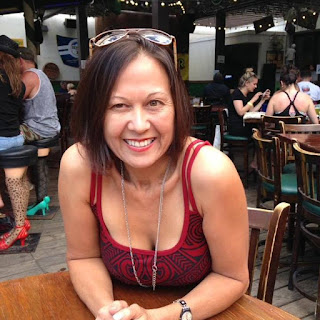 1. What’s your favorite type of takeaway? (Yes, that means take-out in NZ speak)

It’s all in my head.

Usually, I start with the beginning, then I skip to the end so I know where I’m headed, and finally I work on the middle. Lately though, I’ve been working on sequels and I’ve found, for the first time, that I’ve had to do some plotting.

4. Could you tell us a little bit about your latest work?

When NZDF Sergeant Taine McKenna and his squad are tasked with escorting a bunch of civilian contractors into Te Urewera National Park, it seems a strange job for the army.
Militant Tūhoe separatists are active in the area, and with its cloying mist and steep ravines, the forest is a treacherous place in winter.
Yet nothing has prepared Taine for the true danger that awaits them. Death incarnate.
They backtrack toward civilisation, stalked by a prehistoric creature intent on picking them off one by one. With their weapons ineffective, the babysitting job has become a race for survival.
Desperate to bring his charges out alive, Taine draws on ancient tribal wisdom. Will it be enough to stop the nightmare? And when the mist clears, will anyone be left?

5. Do you have a favorite coffee or tea?

Coffee in the morning, tea in the afternoon, and my favourite place to consume either is in bed.

6. Walk us through a typical day. (Do you make sure you’re wearing your lucky underpants before you sit down to write, perhaps you prefer commando? While we’re discussing your underpants, boxers, briefs, or budgie smugglers. Inquiring minds want to know. Yes, that includes my Admins… we don’t piss off the Admins.)

Wake, coffee, gym, see the family off, get dishes/laundry/beds done, write until the family get home, cook dinner, eat dinner, sometimes I write some more, go to bed, read, sleep. There’s a bit of a pattern. Underpants usually, because I’m a pantser.

7. Tell us about your main character. (How did you first meet? Would you like to hang out with him/her? What delights you the most about writing him/her? You get the idea …)

Actually, in Into the Mist, the matakite Rawiri Temera appeared first, writing himself into the story before I had even conjured up Taine. While Temera isn’t the main character, he’s integral in pulling the plot together, something I didn’t understand until late in the story. There’s an air of irreverence that I like about him, too.

8. Who are your favorite writers?

I would list them, but you haven’t given me enough space to write their names. A lot of them appear on the shelves at Writers Plot, Readers Read.

9. Who inspires you to do better? (Be as corny as you’d like… just go for it! Mmmm chocolate fish.)

Sunglasses and pyjamas yes, pants no.

Sunshine, a run, eating out, a movie, the beach, my family, and checking my page and finding out my book is a #1 bestseller. Oh and a film option: may as well throw that in there in case Taika is reading this.

12. Who is your favorite fictitious villain? Or are you all about the hero? Who do you love to hate?

Any way you look at it Zeus and Hera were pretty badass: jealousy, revenge, power plays, infidelity ‒ those two did some really bad shit. They make NZ Couriers look bad. 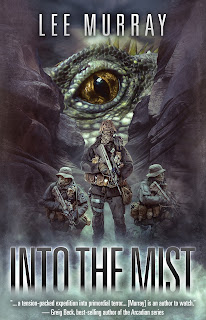 I can knit. Is that a quirk?

14. All-time favorite movie and why?

Well, this is kind of embarrassing to admit, but a Murray family fave is the Howard Keel and Jane Powell version of Seven Brides for Seven Brothers. There, I said it.

15. Do you enjoy the editing process?

I do find it hard to turn my internal editor off. The switch appears to be broken. Roadside signs that say, ‘Brocolli’ or ‘Tomatos’ or ‘Strawberry’s’ make me cringe. As do real estate blurbs that include the word ‘subdividable’.

16. If you could live anywhere in the world where would it be and why?

First place in the competition for best spot in the world is still Tauranga in the gorgeous Bay of Plenty, mostly because my mum lives there. Second place is a toss up between Provence and the Loire Valley. And Nelson is nice.

Forget the pizza, just give me the cheese.

18. What were you before you became a writer?

A research scientist. Someone with fewer grey hairs.

19. What is the most random thing you have ever done?

I crossed the world to attend a cousin’s wedding. I wasn’t going to – we couldn’t afford it – but two days before the event, I said stuff it, bought a ticket and went.

20.  If you’re not working, what are you most likely doing?

Reading and avoiding the vacuuming, sometimes both.

21. Who is your ultimate character?

Red, Malbec, but honestly I am a lightweight. I’m more likely to ask for tea.

23. What’s in your pockets? (Or handbag, whatever you carry your stuff in. Are you apocalypse prepared?)

Any book! I’m partial to speculative fiction and horror.

It goes something like Mae Martin’s song on Russell Howard’s Good News Extra (check it out, 12 minutes in):

27. Where do you do most of your writing?

28. What’s the hardest thing for you when it comes to being an author? (For me it’s marketing but for others it’s the actual writing …)

The truth is [hides behind hand] I really really dislike social media, but as a writer it’s hard to avoid.

You can find out more about Lee in the following places ...

and of course we have Lee's books in store.