Kia ora,
Please welcome our latest victim guest, Anya Forest. On the metal plate suspended above that puddle by wires is a chocolate fish. Behave and the delicious pink marshmallow fish covered in chocolate won’t end up a goopy mess on the floor.
In the event of an earthquake/zombie plague/or random occupation - you’ll find emergency procedures taped to the bottom of your seat. Yes, just like a flotation device. You’ll also find a Glock 17 with a full magazine.
Remember you cannot reason with zombies and it’s a head shot every time.

Comfy?
Yep. I have my retriever Crockett supervising and the TV on.

1. What’s your favorite type of takeaway? (Yes, that means take-out in NZ speak)
Fish and chips. No contest. 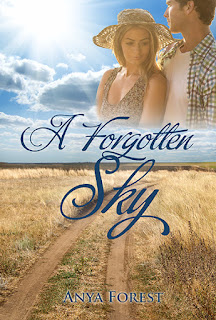 3. I know how I do what I do … but how do you do what you do?
I start with a scene or line of conversation that won’t leave my head and build from there. As you can tell from that sentence, I only have a broad idea of plot when I start writing…and it’s worked so far. I write down ideas when I have them, but that’s as far as I get with “planning.” With my first book A Southern Star I had a setting and a theme, and went from there. I still vividly remember writing that first line. My second book A Forgotten Sky started with a Ray Columbus song that I’ve always loved, and I was lucky enough to get approval to use. The book was built around that song, and the support I received from the musical, arts and automotive communities – it was then I realised first hand what it means to be a New Zealand writer – so many other New Zealanders were generous with information and permissions! My third book A Remembered Land started with just the first line, and my fourth about-to-be-published book A Southern Shelter started with the hero, Jesse.

4. Could you tell us a little bit about your latest work?
A Southern Shelter is Book 2 in my “Across the Strait” series, following on from A Southen Star. It’s set in southern New Zealand – Queenstown, Arrowtown, Kingston and Stewart Island all feature. A Southern Shelter is a contemporary New Zealand romance novel, or at least that what I intended to write when I planned to write a sequel to A Southern Star. And it is still that – a guy and girl (Jesse and Lisa) overcoming obstacles to be together in a happily ever after. Which is a good thing. As I wrote, though, the story took on a life of its own and social issues made their way more into the story. There’s a fair bit of debate in (romance) writing circles about whether readers want pure escapism when they read, or whether it’s okay to include some realism. I’ve chosen the latter path – that was the story that was in my head. So A Southern Shelter does include direct references to the Family Court, loss, and family violence. There is a strong romantic element in the story, but also quite a bit of the (unfortunately) real world around Jesse and Lisa. And in writing about significant social and personal issues I didn’t want to just “explain them away in a paragraph” and move on quickly to, for example, Jesse and Lisa having some first world problem out on a date. It’ll be published late 2016/Jan 2017 and will be available at Writer’s Plot Readers Read ☺

5. Do you have a favorite coffee or tea?
Actually, hot chocolate!

6. Walk us through a typical day. (Do you make sure you’re wearing your lucky underpants before you sit down to write, perhaps you prefer commando? While we’re discussing your underpants, boxers, briefs, or budgie smugglers. Inquiring minds want to know. Yes, that includes my Admins… we don’t piss off the Admins.)
A day for me includes writing, marketing my books, and spending time with family and Crockett, my retriever dog. At the moment I’m waiting to hear back from my editor about A Southen Shelter, and working on my next two novels. A Southern Strait will follow on from A Southern Shelter, and be the story of Blake’s sister Rebecca. A Link of Gold is the first book in a new series I’m starting – On the Coast. It’s set on the West Coast, around Westport, and will follow Natalie (Nat) and Lucas. (In relation to your other question - after so much time thinking about my characters removing their underwear it’s difficult to switch focus onto any discussion about mine ☺)

7. Tell us about your main character. (How did you first meet? Would you like to hang out with him/her? What delights you the most about writing him/her? You get the idea …)
I have several “main characters” but I still have a major crush on Blake, the hero in my first book A Southern Star. He really is too good to be true, strong, dependable, intelligent – and hot as hell. I have a thing for tall guys, so Blake is tall, and he has a sense of humour, which is mandatory as far as I’m concerned. I’d love to hang out with Blake – if he could be magicked into life it would definitely be a dream come true ☺ I’ve always enjoyed writing him – but seeing his character deepen further in A Southern Shelter made me even more “proud” of him. He’s always struck me as genuine – something that comes through in a lot of the reader feedback I get as well. As to how we met, I wanted to create a guy who was the sort of person I’d want to meet – so I did. As the idea of a series grew I wanted to make sure he was in the next books to a certain degree – both because of the way I feel about him ☺ but also because of the reader response. Having said that, I think I have a crush on all of my heroes – and my heroines all contain a little bit of “me” if I’m honest (I think most writers would say the same!) So confining this answer to one main character is hard…

8. Who are your favorite writers?
A whole range – Louise Allen, Jean Auel, Pamella Belle…and Clive Cussler and Michael Connelly. I’ve just finished The Dry by Jane Harper – an Aussie mystery and it was amazing, so I’ll be keeping an eye out to see what she writes next. Closer to home I have “Into the Mist” by Lee Murray on my Kindle – I’m about to start. Early indications are it’s a real page turner and I can’t wait!

9. Who inspires you to do better? (Be as corny as you’d like… just go for it! Mmmm 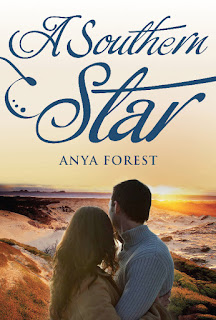 10. Do you ever put pants on your dog, cat, or budgie?
No. Although I did see a Superman outfit that would have suited Crockett! ☺

11. Describe your perfect day.
Roadtripping around the South Island with Crockett.

12. Who is your favorite fictitious villain? Or are you all about the hero? Who do you love to hate?
I really am all about the flawed hero. Even when I wrote the character of Louise in “A Forgotten Sky” as the villian, with few if any redeeming qualities, I still had to turn around and redeem her in “A Remembered Land”. Originally I was going to leave her as the villian but I just couldn’t do it.
If you mean outside of my own books then I would have to say that the Jackal in Frederick Forsyth’s Day of the Jackal is one of the most compelling villians I have read – in the sense of his ruthless planning and coldness.

14. All-time favorite movie and why?
Gone with the Wind – because of Scarlett O’Hara’s singlemindedness (a.k.a selfishness) and the way her story is told against the backdrop of the Civil War. There’s so much in that movie – and the book – that has left a lasting impression on me.

15. Do you enjoy the editing process?
Yes – I was a (non-fiction) editor in my real life (before my writing took off) but it’s always unnerving to edit my own work! Exactly why I always have a professional editior for my own books – it’s so hard to “see” mistakes and inconsistencies when I’ve worked so long on a manuscript myself.

16. If you could live anywhere in the world where would it be and why?
New Zealand is hard to beat – but I can’t decide where. I go on roadtrips often to re-visit my ever increasing list of favourite places.

18. What were you before you became a writer?
I’ve always enjoyed writing stories - since primary school - but until recently I was an editor of non fiction journals and articles.

19. What is the most random thing you have ever done?
Move to Stewart Island ☺

20.  If you’re not working, what are you most likely doing?
Out and about with Crockett.

21. Who is your ultimate character?
Asking me to pick an ultimate character in my own books is like a bit like asking someone to choose a favourite child – impossible! ☺ So I hope you’re asking for a character outside of my own books, in which case I’d say Scarlett O’Hara, for the reasons given above. Even as I write this I can think of so many others…it’s difficult to isolate just one! Elizabeth Bennet, Anne Elliott, Captain Wentworth and Mr Darcy would also be VERY high on the list!

23. What’s in your pockets? (Or handbag, whatever you carry your stuff in. Are you apocalypse prepared?)
The bare minimum, so no, I’m not prepared.

Treebook, usually, but I’m getting more and more into 1-click on Amazon!

26. Favorite apocalyptic scenario?
Scarlett and Rhett escaping on the cart through the flames in Gone with the Wind.

27. Where do you do most of your writing?
In the lounge in front of the TV

28. What’s the hardest thing for you when it comes to being an author? (For me it’s marketing but for others it’s the actual writing …)
The hardest thing about being an author is also the best thing – being self published means I have all of the control, responsibility and work! So I enjoy marketing, but it takes me away from writing. And I love writing, but then I start thinking about my Facebook page or designing my next cover. So the hardest thing is fitting everything I need to do to into a day. It’s worth it though – being a published author, and writing stories, has always been my dream and now it’s come true ☺

You can find out more about Anya Forest in the following places ...